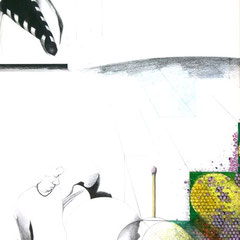 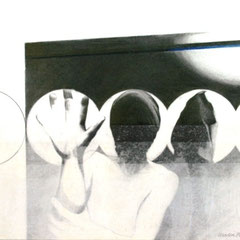 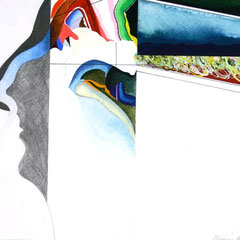 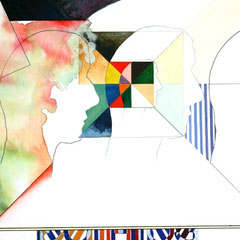 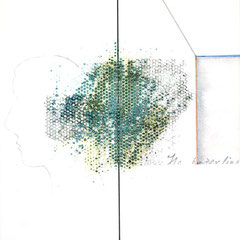 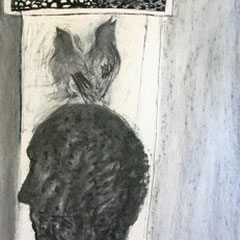 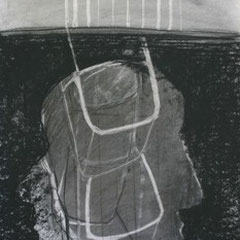 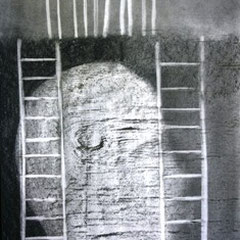 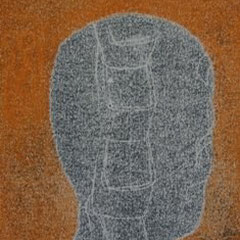 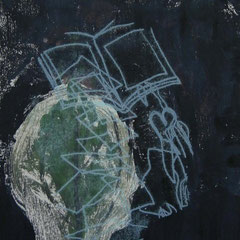 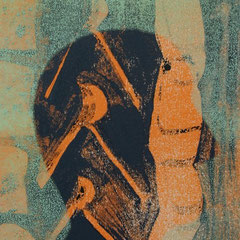 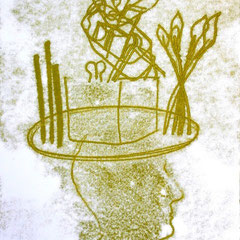 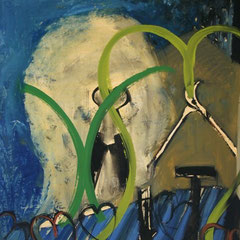 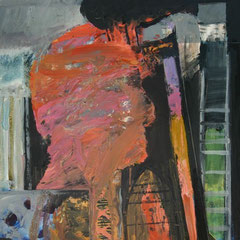 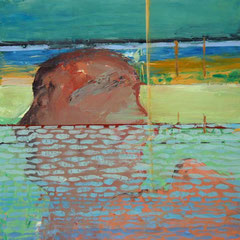 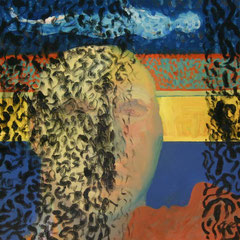 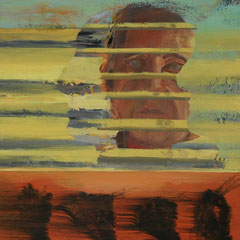 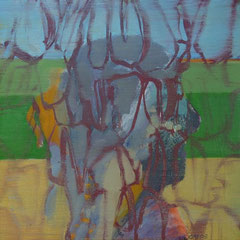 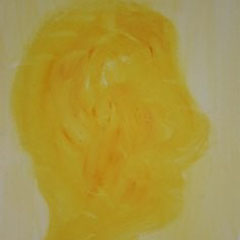 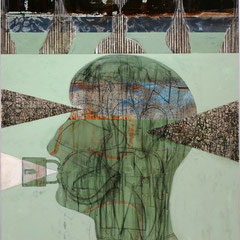 Geoff Morten’s use of the figure or parts of the figure in his work was central to his exploration of what it felt like to be ‘him’ in the world. Truncated legs would float upwards out of the canvas or balance on chairs; hands on knees appear on the bottom edge of the picture – a front row seat for the spectacle on show.

His use of the head however, was used most extensively throughout his life as the vehicle for his most probing questioning.

A profile head can be seen in early drawings of the 1970’s  and 1980’s (figs. 1 - 5) and re-emerge throughout his career either as self portraits or as an anonymous prescient presence.His ‘Head series’ of monoprints 2003 – 2009 depict the outlined head as a window into the soul – revealing his interior life.

The head appears to be crowded with objects - sometimes one shape repeated like an annoying jingle, others tumbling and overlapping - bursting from the head in a blast of soundless word shapes from the mouth or kept inside quieted by a padlocked mouth.

Geoff wanted the secrets of his history to be given up slowly, revealed over time to the viewer who was willing to spend time unraveling the puzzle of images contained in an intricate layering of shapes indicative of a childhood spent in his fathers bakery – bread tins, metal crosses and chairs from the café owned by his grandparents in the small market town in North Yorkshire, superimposed over the outlines of the tools of labor – his means of earning a living as an immigrant in a new land; layered  over by newly acquired treasures with arcane connections known only to him, all presented as clues to who he really was.(figs. 9 – 13)

A series of small paintings – 12’ square (in which to fit a life size head) reveal the disembodied head trapped by a series of situations - half submerged by water drowning on a canvas, looking out from behind a  lace curtain or window  blind, or distorted by a Flemish glass window(figs. 15 -18).

Geoff’s last paintings depict the head finally stripped of all memories or maybe freed by them - the image pared down until all that remains is a shadow or a shimmering change of color – the shape obviously a head that survives intact  - supported by a spirit that still lives (fig. 19, 20).